Fortgot your password? Don't worry we can deal with it 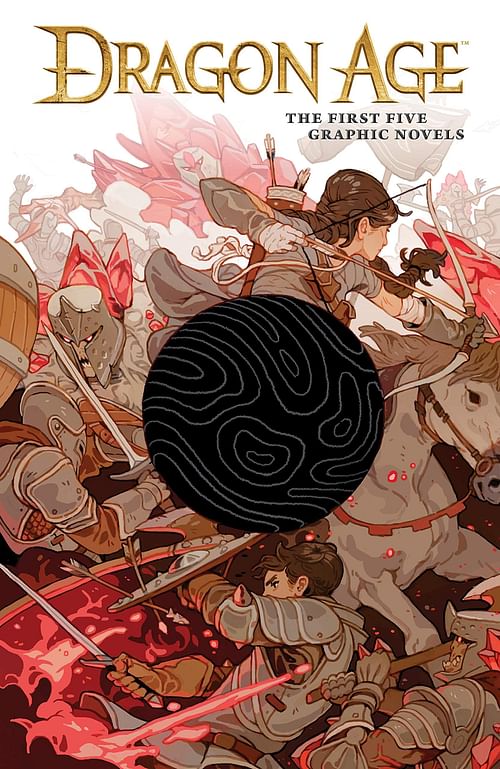 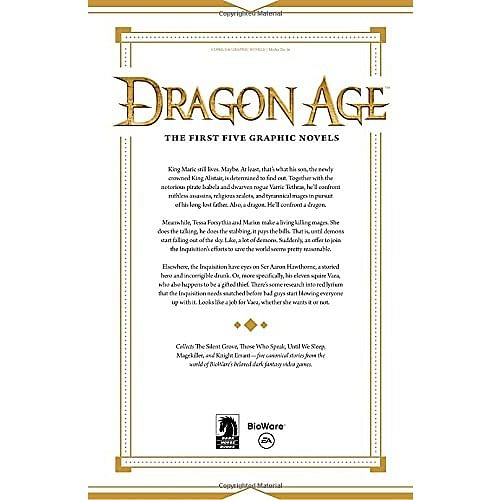 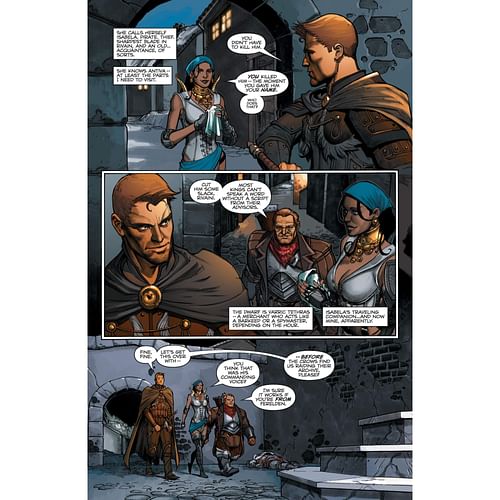 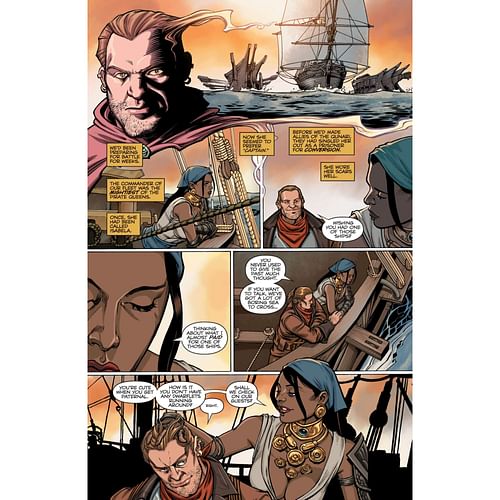 Anglická kniha s komiksy ze světa počítačových RPG her Dragon Age od Bioware. Kniha je v angličtině. In Bioware s dark fantasy world of Thedas there are those who are willing to sacrifice their humanity for wealth and power, and those who will die to protect innocent people from them. The heroes of Thedas are often from unlikely places, some are pulled in to save the day by an odd string of fate, others seek adventure out on their own. These are their stories. The lonely king Alistair seeks out his father who was lost at sea fifteen years prior, but now he has a reason to think the old king is still alive. With the help of his friends, Varric the silver tongued Dwarven rogue and Isabella the legendary pirate, Alistair just may find out what happened to his father. The small party will face down assassins, dragons, Qunari elites, corrupted mages and more in their epic quest. As a great cataclysm causes a rift in the sky to tear open, two mercenaries find themselves pulled into fighting alongside the Inquisition against eldritch horrors from the Fade and monstrous soldiers corrupted by red lyrium. Meanwhile, across the sea, in Kirkwall, a drunken knight and his deft squire stumble upon a nefarious plot to steal a priceless relic. Their best solution: steal it first. This will be a must have collection for Dragon Age fans everywhere. Collects Dragon Age: The Silent Grove #1-6, Dragon Age: Those Who Speak #1-3, Dragon Age: Until We Sleep #1-3, Dragon Age: Magekiller #1-5, and Dragon Age: Knight Errant #1-5.